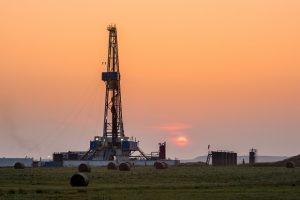 “This is a historic day for Continental and begins a new chapter in our long-term strategy to establish multiple international markets for American light sweet oil,” said Harold Hamm, Continental’s Chairman and Chief Executive Officer. “This new normal was created by the American shale energy revolution and the lifting of the 1977 crude oil export ban. We expect to see many similar industry transactions in coming months and years.”

Continental Resources is a top 15 independent oil producer in the U.S. Lower 48 and a leader in America’s energy renaissance. Based in Oklahoma City, Continental is the largest leaseholder and one of the largest producers in the nation’s premier oil field, the Bakken play of North Dakota and Montana. The Company also has significant positions in Oklahoma, including its SCOOP Woodford, SCOOP Springer and SCOOP Sycamore discoveries and the STACK plays.

According to Continental Resources, the daily November sales transactions of 33,500 barrels-per-day, will take place in Cushing, Oklahoma. ATMI then plans to transport the oil for loading on tankers at Texas ports.

This export of crude oil overseas marks another chapter in a long story of creating an American energy market for the planet.

In December 2015 the U.S. lifted its ban on oil exports, allowing foreign sales to be transacted without a license. Oil exports have grown steadily in the past two years, primarily to foreign refineries configured specifically to process light sweet crude oil. “We recognized back in 2015, when we were working to lift the export ban, that American light sweet oil would be a good fit for these refineries, especially in Europe and Asia,” Mr. Hamm said.

Blu Hulsey, Senior Vice President of Government Relations and Regulatory Affairs, Continental Resources, said the export issue was something the industry worked on collectively for a number of years, but he recalls the last couple of years which added pressure seemed to pay off.

“We worked really hard on that in 2015,” Hulsey said. “The artificial difference between world price and Brent price WTI, that was really something that allowed us to go to capital hill to talk about our need to gain world market and talk about one disadvantage that was putting US producers to world producers.

Many in the industry believe the current $6 discount to Brent should not exist because of the consistency and high quality of WTI, as well as relative shipping costs.

“Stabilized U.S. production and increasing industry sales of American crude to international markets will drive down U.S. inventories, correcting much of the recent disparity between Brent and WTI prices,” Hamm said. “Modern modes of transport in the crude oil sector today eliminate price disparities between markets and allow free markets to work.”

Hulsey sees this overseas contract as a benefit for not only the producer, but the consumer as well.

“The ability for us to get long term contracts with not only refineries in the US, but as well as refineries around the world, it puts producers in the driver’s seat of where we are going from an energy perspective,” Hulsey said. “That’s really beneficial as we talk about long term energy security, long term energy dominance the Trump administration has talked before about what that means for jobs and our economy and obviously just energy to do economic activity in our country.”

Hulsey added that these relationships will also give the United States new allies and customers.

“As we continue to do things from a development standpoint, finding those markets, ensuring that we have those buyers so we can as Americans enter into partnerships to provide energy to other parts of the world and create allies through energy development is a key part or geopolitical improvement in what our country is going to do,” Hulsey said. “That will benefit both the producers and the consumers.”

« Where The U.S. Exports Oil And Petroleum Products
Shale RFQ: Questions people have about fracking and leases or mineral rights »