Some U.S. companies are rethinking their plans to venture into Mexico 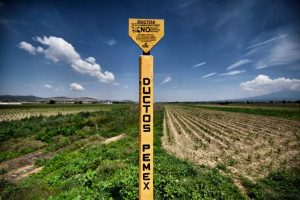 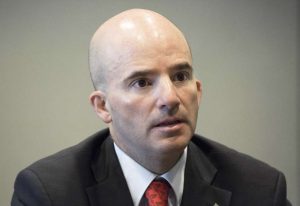 Thieves are tapping into the gasoline pipelines of Mexico’s state-owned oil and gas giant, Pemex, with such frequency and in such quantities, the business is losing nearly $2 billion a year, leaving some U.S. companies with second thoughts about entering Mexico’s recently opened energy market, according to recent research at Rice University.

The number of separate incidents has risen from about 200 in 2006 to nearly 7,000 last year – almost 20 break-ins a day – according to an analysis of Pemex figures by Adrian Duhalt, a Rice postdoctoral fellow. Losses have jumped from under $1 billion in 2009 to $1.7 billion last year.

The rising thefts could deter international investment and quash the budding revival of the Mexican oil and gas industry, Duhalt said.

“It’s huge,” Duhalt said. “Mexico is trying to attract investors in the commercialization of gasoline.”

Mexico deregulated its oil and gas market and broke Pemex’s monopoly in 2014, inviting foreign companies to take part, with hopes of spurring exploration and production and boosting the country’s sagging energy profits.

Petróleos Mexicanos, known as Pemex, pumped more than 3 million barrels per day of crude a decade ago and was responsible for one-third of Mexico’s tax revenues. But the company has since been hobbled by overspending, heavy pension liabilities, and declining oil and gas production. The recent crash in oil prices only made things worse.

Crude output has dropped by more than one-third over the decade and government contributions sunk to less than one-fifth of the country’s revenues.

Pemex reported a first-quarter profit of $4.7 billion this year as crude prices rose, its first quarterly profit since 2012. A year earlier, the company posted more than $3 billion in losses.

British oil major BP announced in March it would build 1,500 new service stations in the country over the next five years, with 200 opening this year. The investment should cost “several hundreds of millions of dollars,” in stations, terminals and pipelines, an executive said.

Neither Pemex nor BP responded to requests for comment.

But Duhalt, the Rice researcher, worries fuel thieves will deter future investment. Mexican authorities have long taken a “hands-off approach” to the theft, he wrote in his paper, “Looting Fuel Pipelines in Mexico.” And the problem’s gotten in worse in recent years.

“There is a huge black market,” Duhalt said. The state of Puebla, near Mexico City, about 600 miles south of the southern tip of Texas, is the epicenter. “Local people know where to buy gasoline.”

The underlying problem is a Mexican economy where a policeman earns about $270 a month, but a fuel thief can make $50,000. Duhalt suggested that improving living conditions in poor areas where gasoline theft is especially rampant could help slow the thieves.

The country must get a handle on the problem, he said, or lose much needed investment.

“In the eyes of investors and trading partners, the increase in fuel theft in Mexico raises serious concerns related to the local business environment and the ability of Mexican authorities to implement effective changes within the energy sector and to guarantee investments, especially in onshore projects,” Duhalt wrote in the report. “Confrontation with criminal gangs seems to be as certain as the government’s inability to prevent the thefts.”

« Route for Keystone XL approved, clearing way for Alberta oil
Why selling crude oil to China is good for America »