This year the U.S. has averaged more than 900,000 barrels per day (BPD) of crude oil exports while continuing to import an average of 8.1 million BPD. In the previous article, I discussed the reasons the U.S. exports oil, despite the fact that we are still a significant net importer of crude oil.

From 1975 until late 2015, a crude oil export ban restricted crude oil exports from the U.S. to all countries besides Canada. In the years leading up to the U.S. shale oil boom, the U.S. was exporting less than 30,000 BPD to Canada.

Canada remains the predominant destination for U.S. crude oil exports, but because of the repeal of the crude oil export ban, the U.S. exported crude oil to nearly 30 countries last year. By 2016, the total had grown to 591,000 BPD of U.S. crude oil exports. Thus far in 2017, monthly exports have averaged over 900,000 BPD, and have exceeded one million barrels per day (BPD) on multiple occasions. 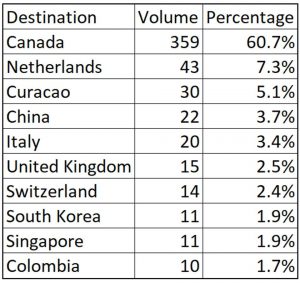 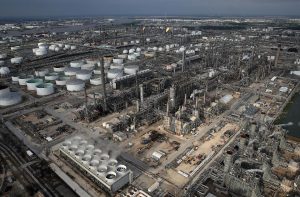 « UK shale gas is ‘overhyped’ and ‘unlikely’ to be economically viable, research indicates
Why selling crude oil to China is good for America »